Why VoIP is Perfect for Communicating on the Go

The year was 1995. A stamp was $0.32, a gallon of gas averaged $1.09, and businesses mainly relied on desk phones and pagers to manage communication. Getting paged while out of the office often meant stopping at home or a pay phone to reach coworkers and customers. Cell phones were expensive and its technology was still in its infancy. Even if you carried around one of those wireless phones the size of a brick, service was spotty and only available in large metropolitan areas.

Fortunately, the year 1995 was also when Voice over Internet Protocol (VoIP) originated from the musings of hobbyists recognizing the enormous potential of sending voice data packets over the Internet rather than standard phone lines. As broadband Ethernet blanketed the globe, VoIP technology improved with greater call clarity and speed. Now well into the 21st century, VoIP is the choice communication platform for all organizations, even small ones.

The sole proprietor or very small start-up may not initially appreciate the appeal of VoIP services. After reviewing the cost, features and reliability, however, those independent contractors and cozy family-run businesses will seriously consider making the switch. Here are the most important reasons such companies should take a chance on VoIP. 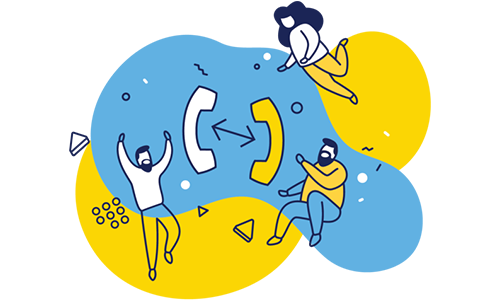 You’ll never miss a call. Your business phone number goes where you do. With VoIP, your call can be answered on your VoIP-enabled desk phone, a cell phone using an app, or on your computer with Internet connection. Especially for individual business owners or new companies, unanswered calls can mean a lost sale or unhappy client. Every sale and every customer is important. You’ll avoid situations where you may miss a call. 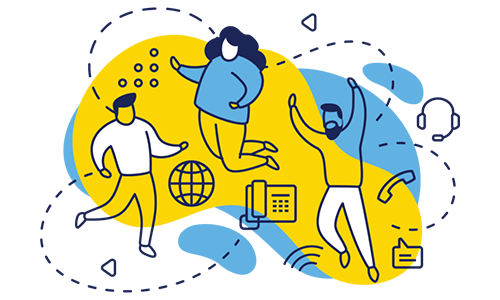 VoIP grows with you, even temporarily. For example, if you are a self-employed accountant that hires seasonal employees at tax time, you can seamlessly add lines to your VoIP service to meet your organization’s growing demand. With Gabbit, scale up or down in minutes as your business needs it. There’s no long term commitment.

Save money when you switch from traditional phone service.

Gabbit has a long list of included feature that you pay more for with standard phone companies. Our pricing is flexible and upfront. You choose the equipment and lines you need. Moreover, our service is second to none. At Gabbit, we want you to know that just because you save money doesn’t mean you sacrifice service and reliability.

Your small business deserves consistent and quality VoIP service, even if you are the only employee. Productivity goes up and your stress level goes down with our advanced VoIP technology. Call Gabbit today at 855-542-2248 and let us explain why saying more for less money is our commitment to you.